The competition is over and we have safely returned to test week, even though we had a stressful journey back with a domino effect of delayed flights. After we had presented our data we got named as the group with best team work, and then we had to rush of. We got the results of the competition after our first flight, and WE WON. We where all happily surprised and couldn't believe it until we had triple checked it. This means that we have a spot at the European CanSat competition this summer. Unfortunately we'll have to see if we have a team for that or not. But all in all we are very pleased with the trip and the friend we made. We are also saddened to say that we have not gotten our can yet but will get it when and if it is found. 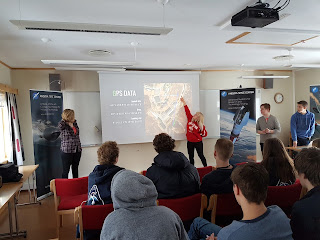 Pretty picture of us having our presenation
No comments:

We didn't have time to update the blog yesterday but the can's are missing, there where some geographical issues getting to the spot where they have landed. The can's have now stayed out all night and it has snowed. We can only hope that they are found and not to broken. 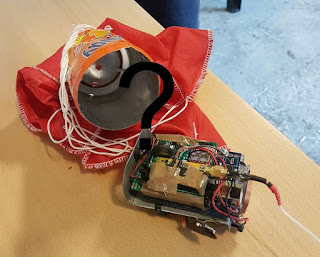 We miss you S.P.In.D.La.R, hope to see you soon!
No comments:

Today we launched the CanSat with a rocket! WOOO!! We where one of the two first teams to launch, two can's fit into one rocket. It would be an understatement to say that there where no problems with the launch. There was a lot that didn't go the way it was meant to. The first count down was a let down, nothing happened, then we waited for 45 minutes for the actual launch, and when that happened we did not receive much data through the radio, most likely because it was very cloudy. We could not even see the can itself as it fell. We still haven't gotten the can back so we cross our fingers that it has not landed into a puddle or anything. If the sd-card is still intact then we have at least some data to analyze. 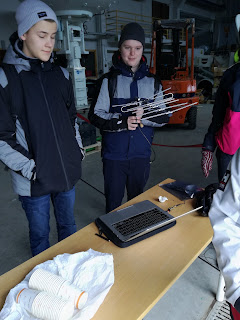 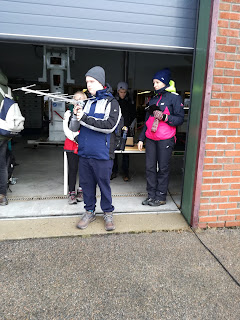 We dropped the CanSat! Today was the launch of the CanSat's and we are happy to say that we had everything done in time. The CanSat was mounted on to a drone which flew up to approximately 260 meters where it then released the can. We had a relatively stable decent with a velocity of 7.8 m/s. Two way communication with the can worked during and after the flight and we got data that we are now working with from the flight. The aim of the drone drop test, and presentations yesterday, was to see which four teams would be participating in the superfinal where the CanSat's are flown up to a 1000 meters with a rocket. After all teams had done their drone drops and had lunch we gathered for the reveal of the four teams. We found out that our hard work has payed of as we are one of the four finalists. But, unfortunately the rocket could not be launched today due to too much wind, thus it was postponed until tomorrow. Now we will process the data we got from the drone drop and hope it is not too windy for the rocket launch tomorrow. 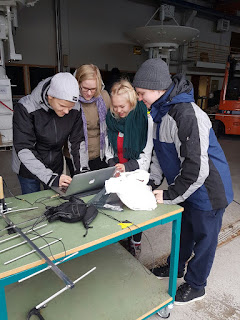 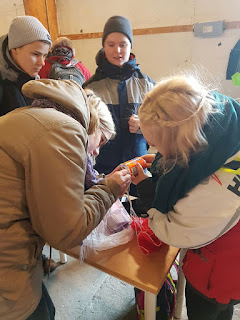 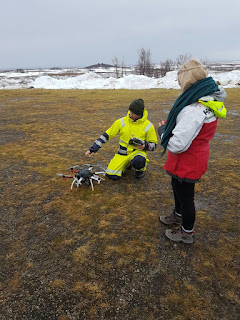 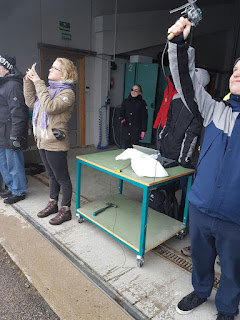 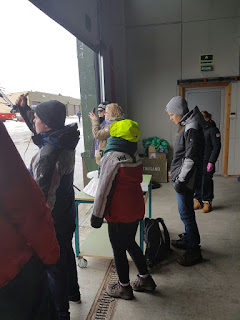 The competition has officially begun! We made it safely to Andøya after 5 flights and 15 hours of traveling yesterday. Many of the members were surprised to see how big mountains actually are as Finland is a generally flat country. We are now preparing for launch tomorrow and doing some final touches on the can. This morning we had a presentation about our team and our can. We were all very nervous but it went quite well. The other teams seems very good and we are excited to compete along-side with them. 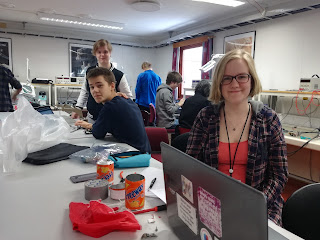 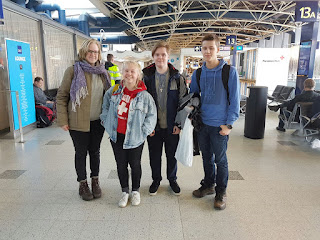 Did you know these thing about CanSat? I bet you didn't !!!

So by now you might be wondering, what is really this CanSat that you guys are talking about? Well, it is actually pretty simple. CanSat (more specifically the Nordic CanSat Competition (the one we are going to compete in in Norway)) is a competition where you build and program a satellite that fits within a soda can. Like I said, simple. The satellite has to perform two missions, one primary and one secondary mission. The primary mission is the same for all the teams that are competing; the can must transmit temperature and pressure readings to a ground station every second of the duration of the flight. The teams themselves choose what they want to do for their secondary mission. We have chosen to focus on making locating the satellite easier by adding an accelerometer, GPS and a led-light.

This year there are six teams competing (according to current information provided by team leader Isabel)  and we are the only Finnish one. The competition is held at Andøya Space Center in Andenes, where there are cool science people who work on cool astronomy and physics related stuff. We'll be going tomorrow, which will be the 2nd of April, and we will return to Finland on the 6th of April.

Please send us your love and support throughout the competition <3 -VÖS CanSat Team
P.S. The video is a failed attempt of a parachute test
No comments:

we are a group of 5 students from the ib line at vasa övningsskola gymnasiet who are going to norway from 2.4-6.4 in order to compete in the nordic cansat competition.

A big thank you to all of our sponsors: